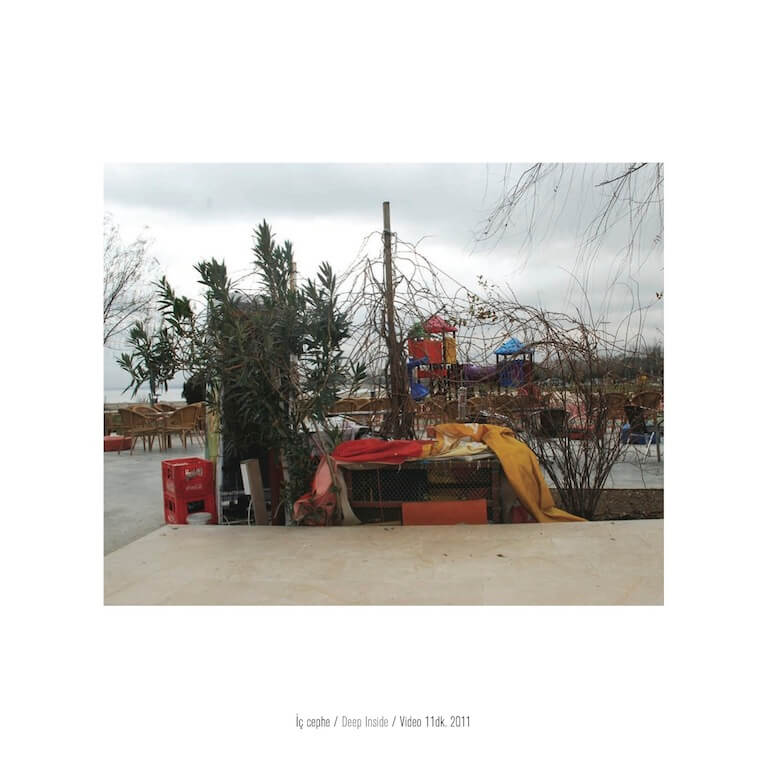 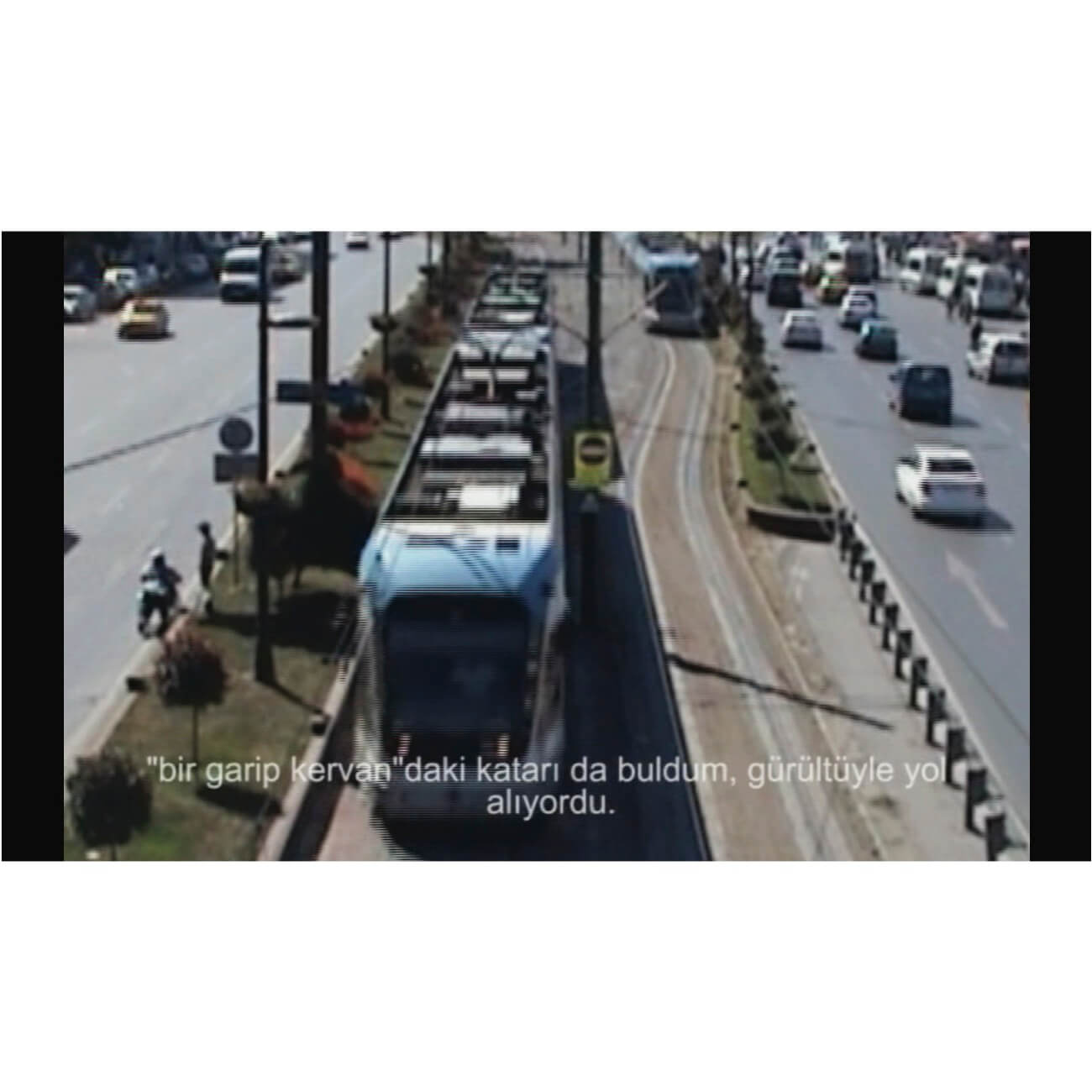 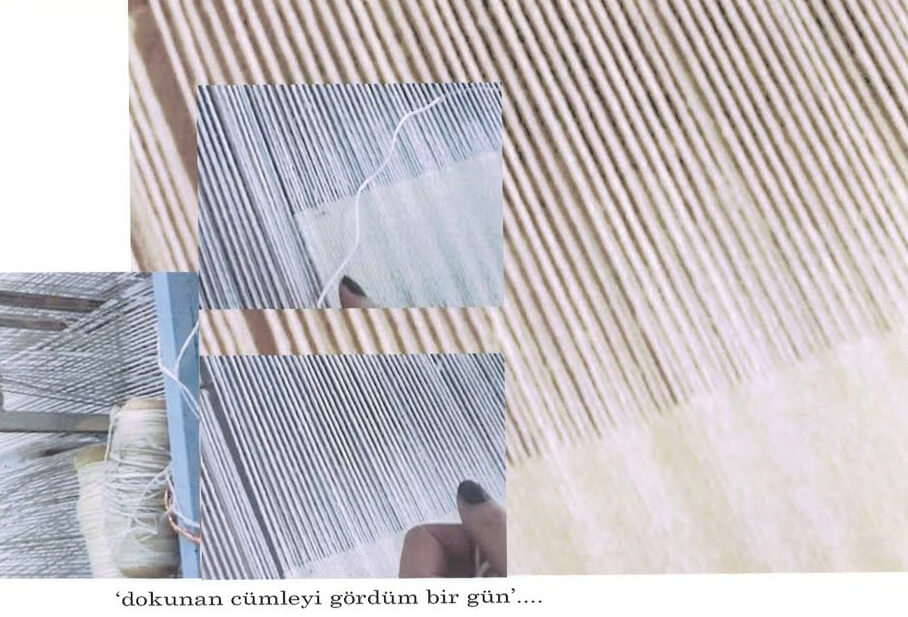 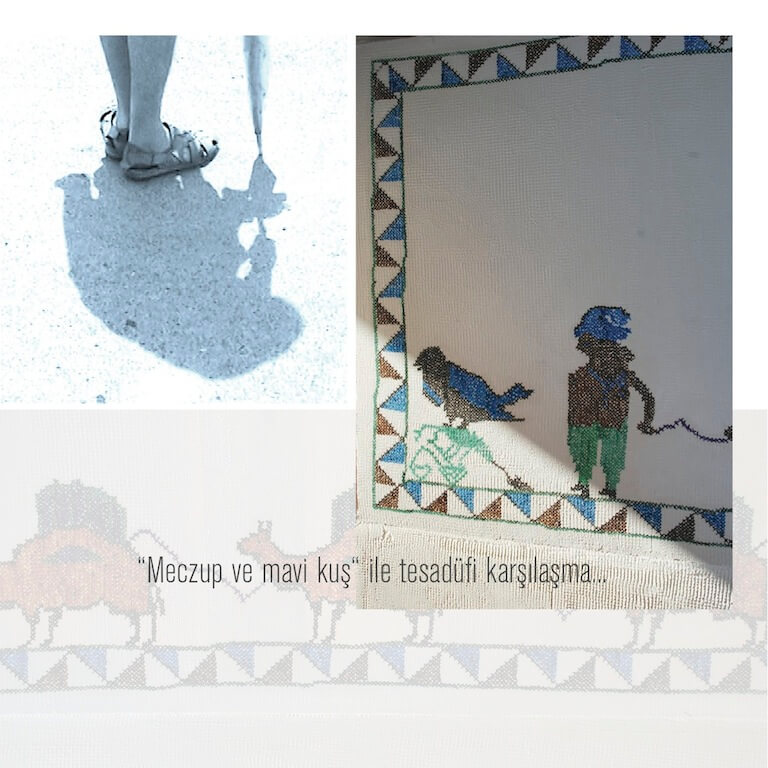 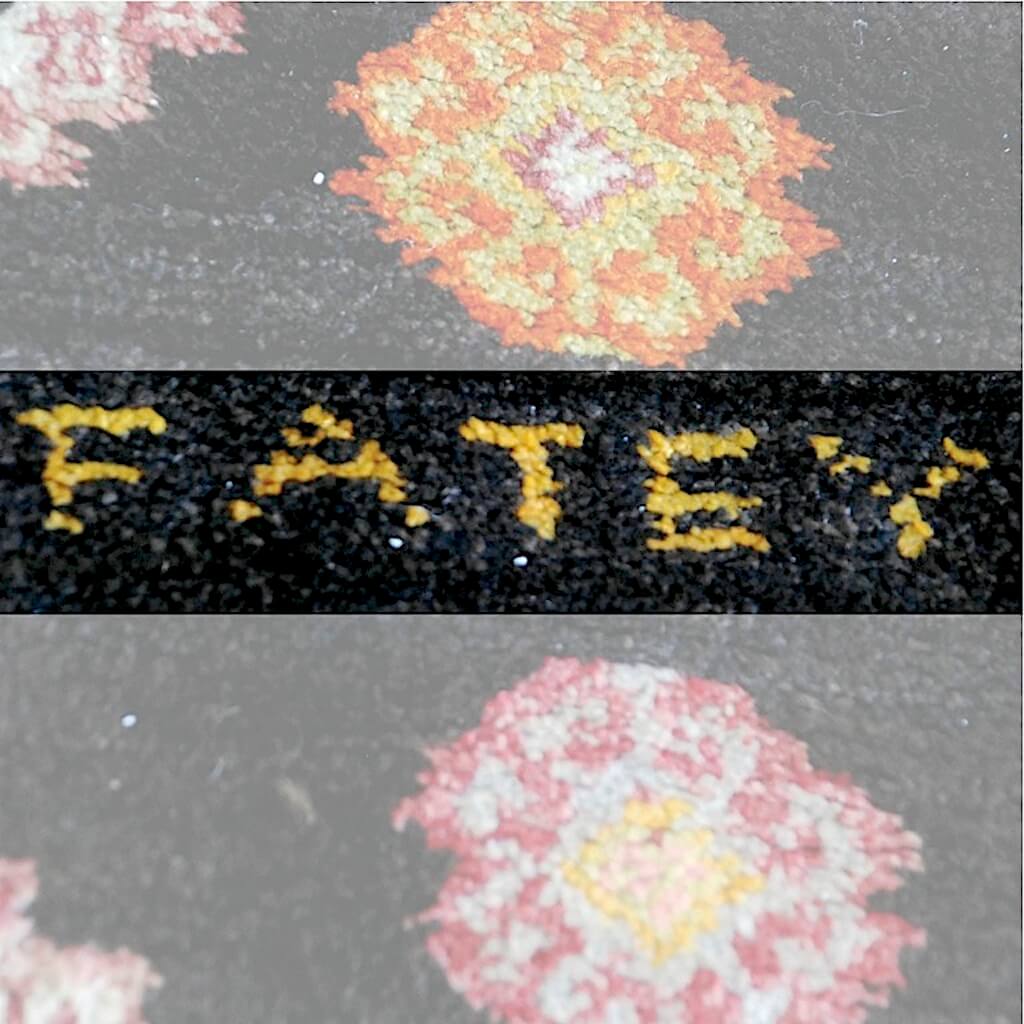 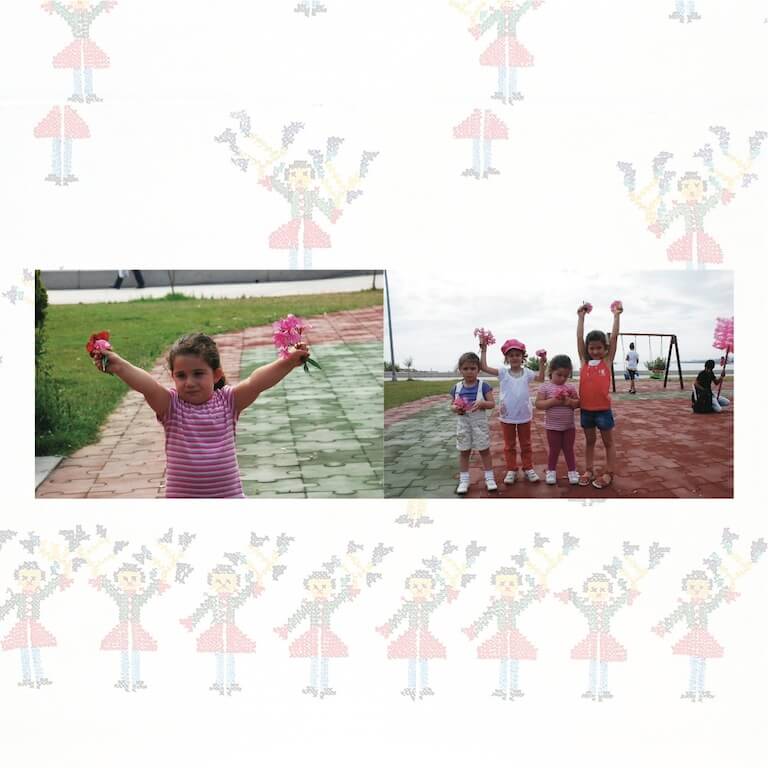 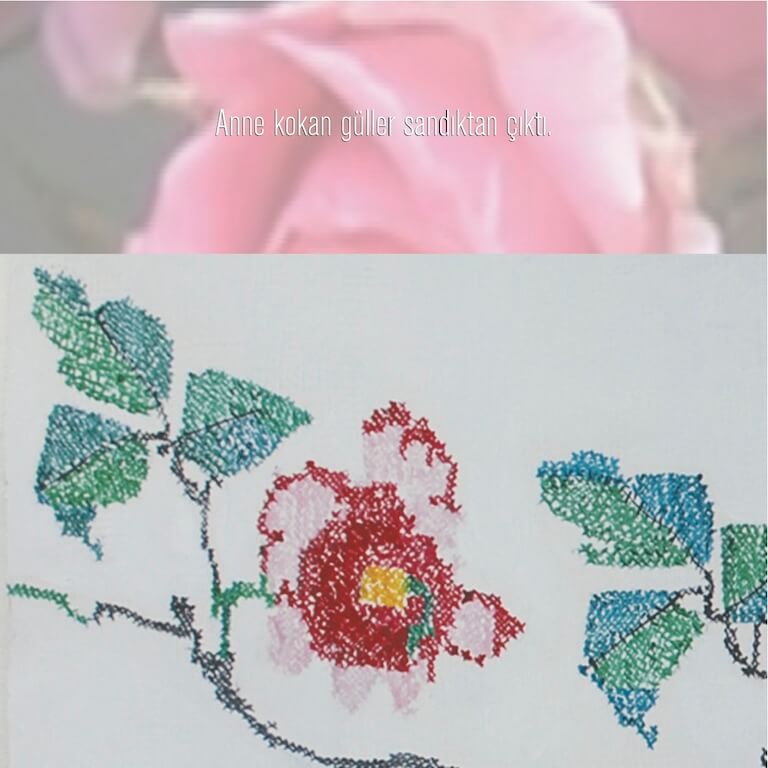 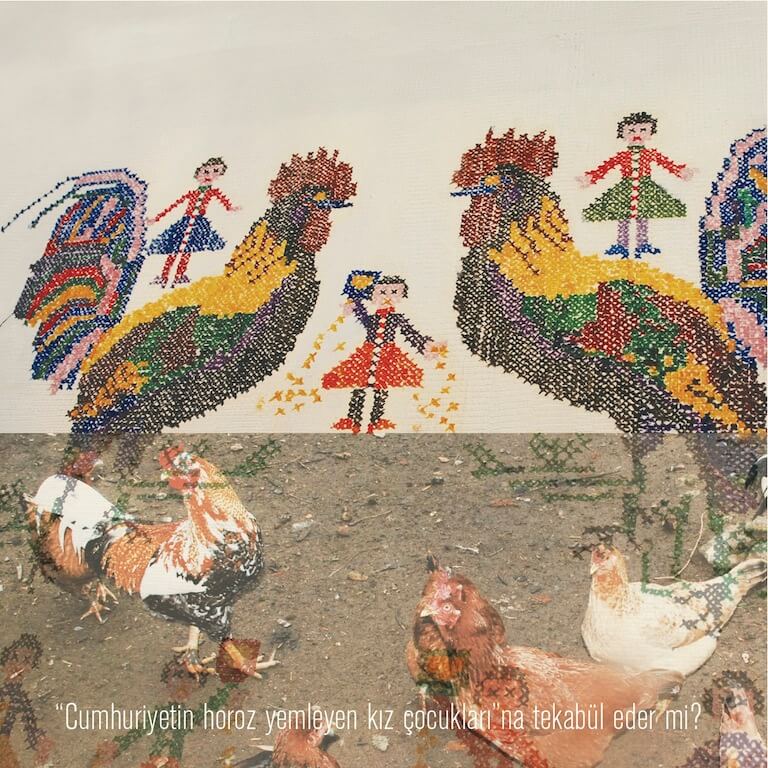 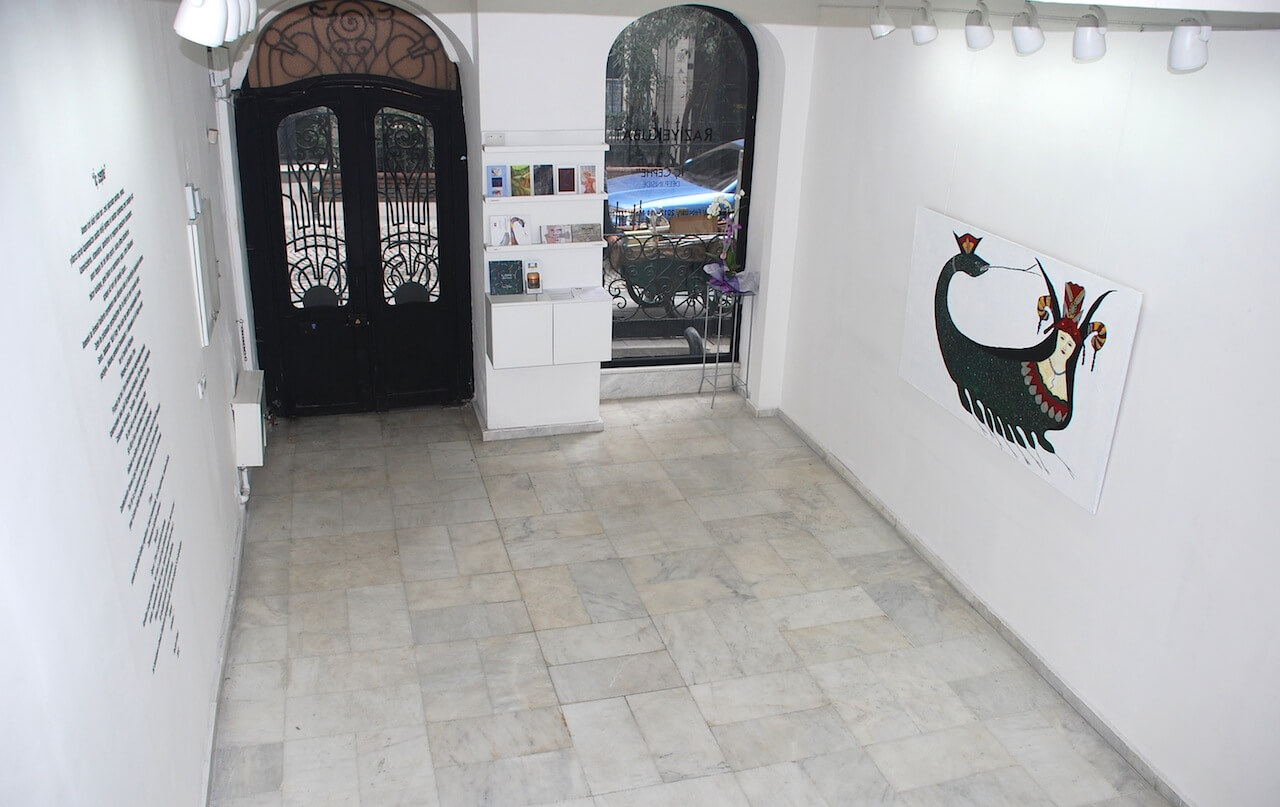 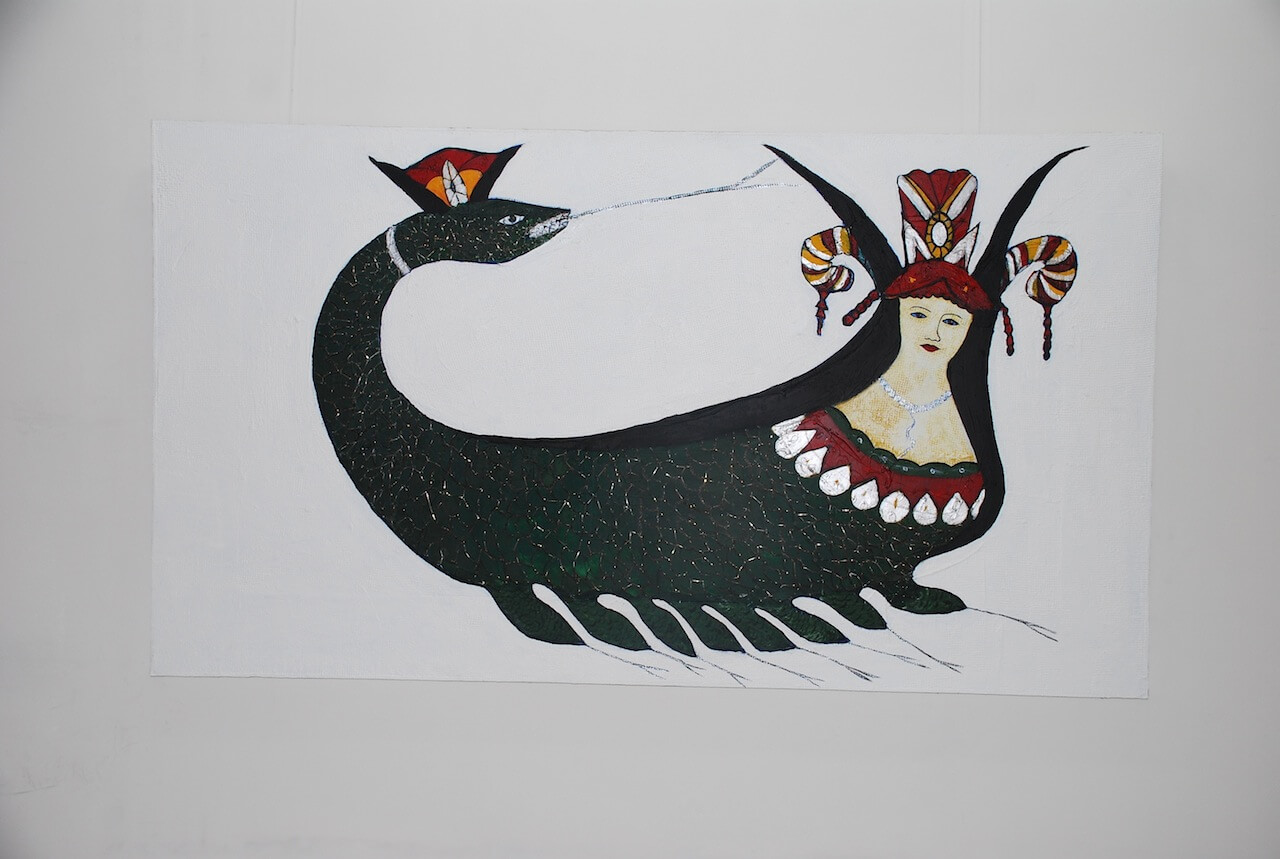 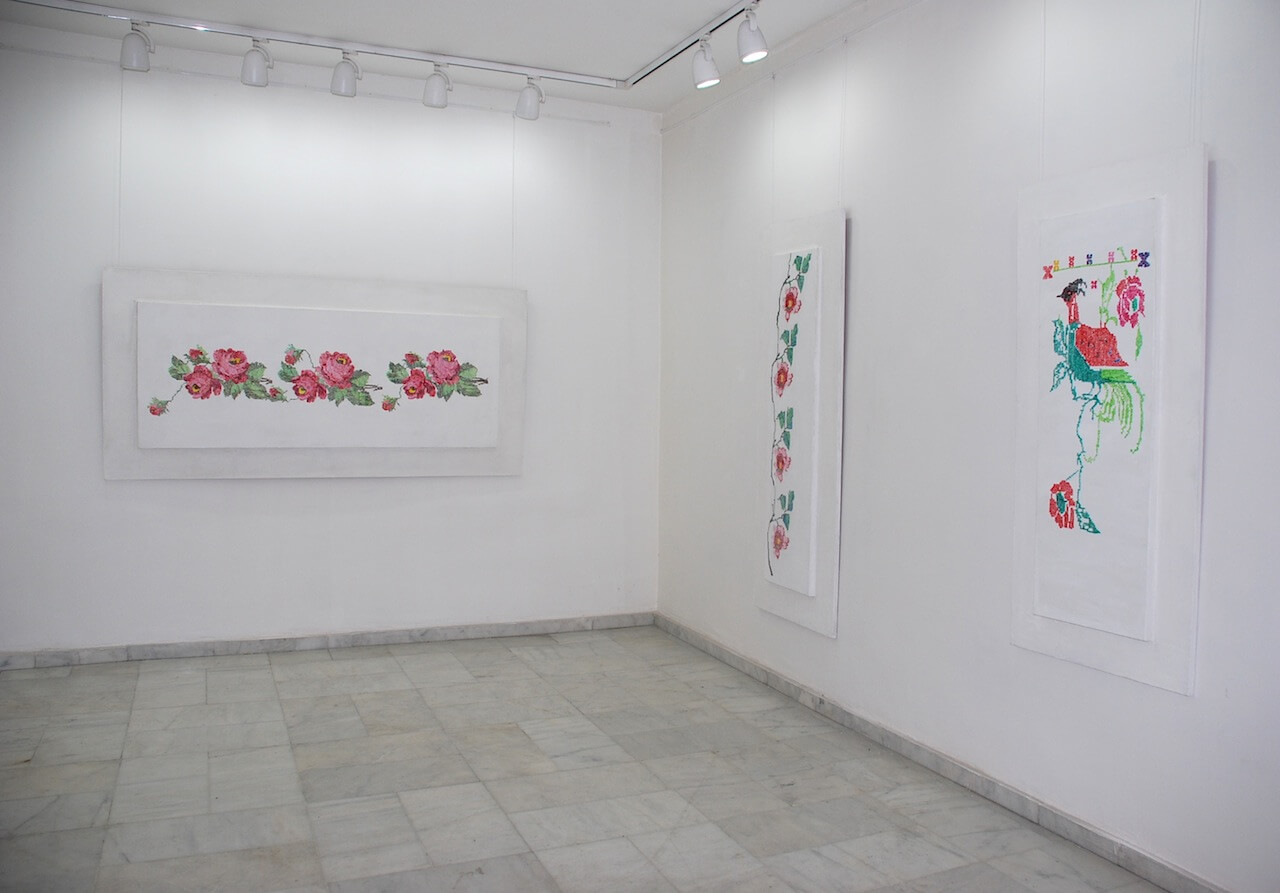 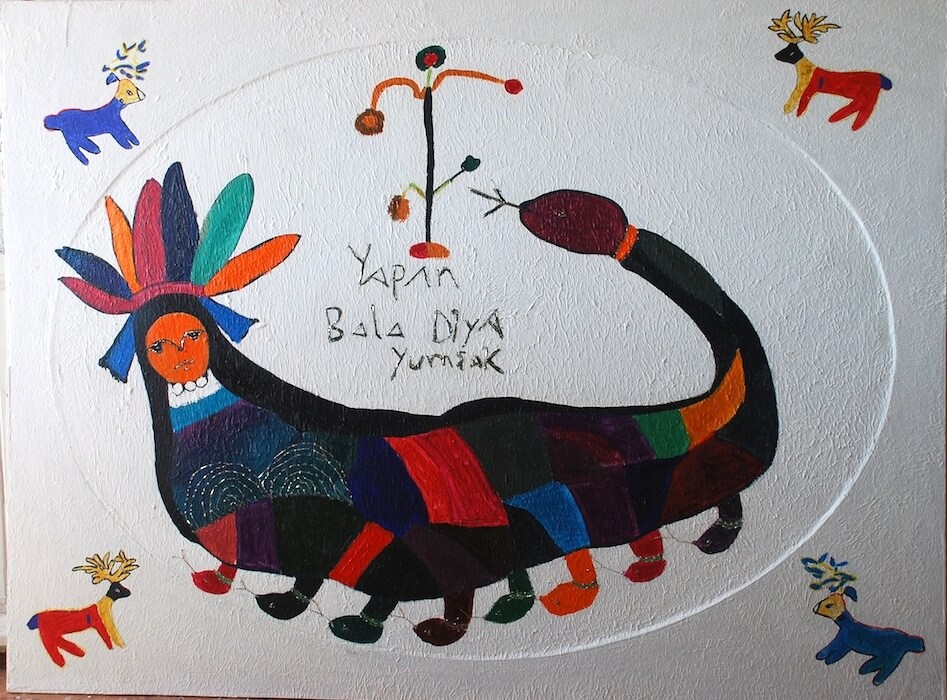 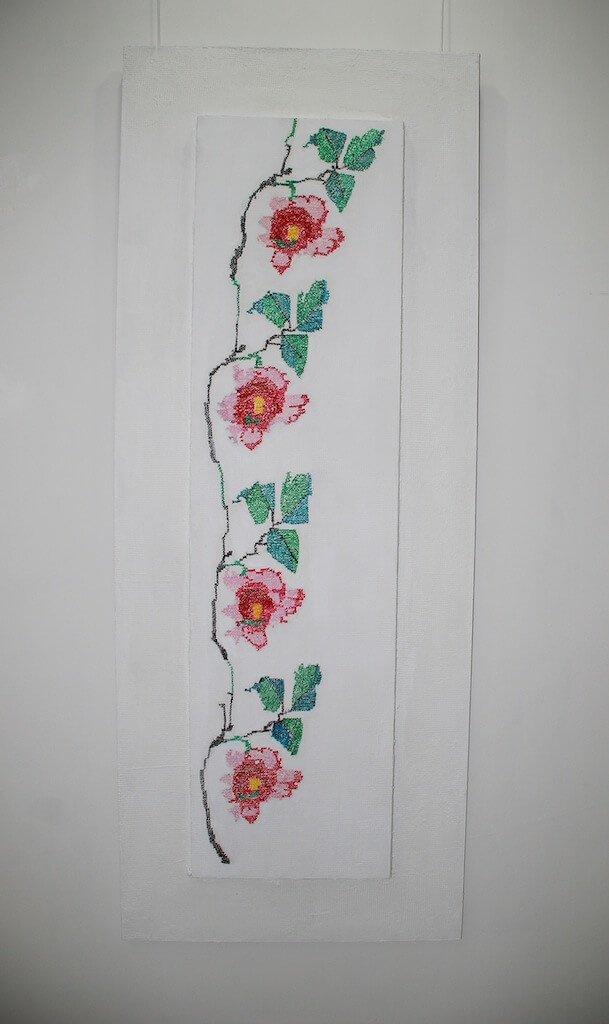 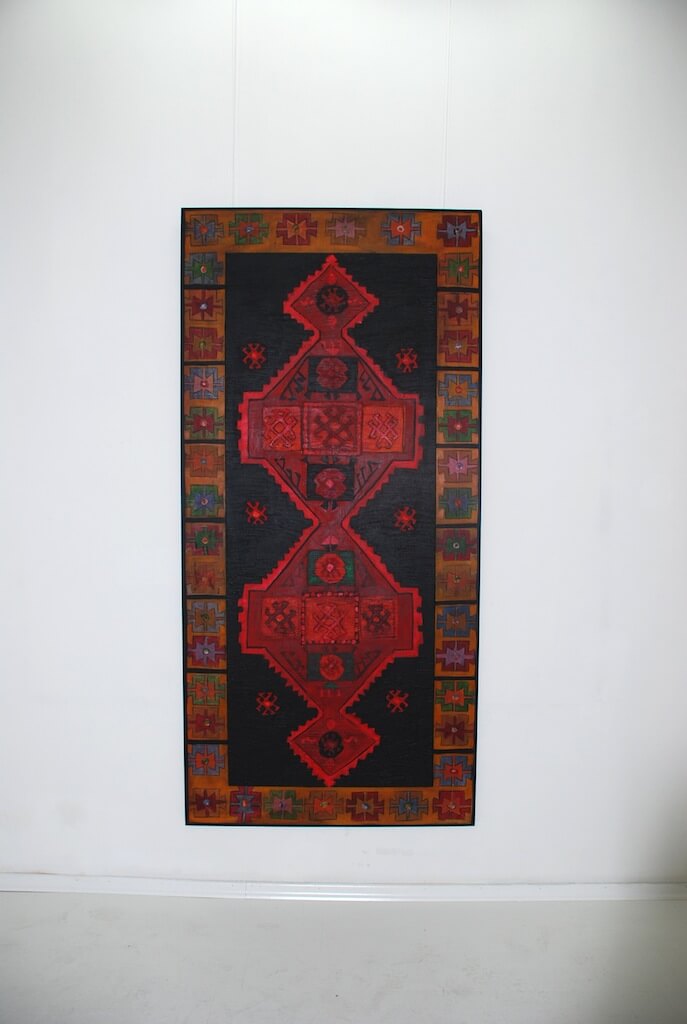 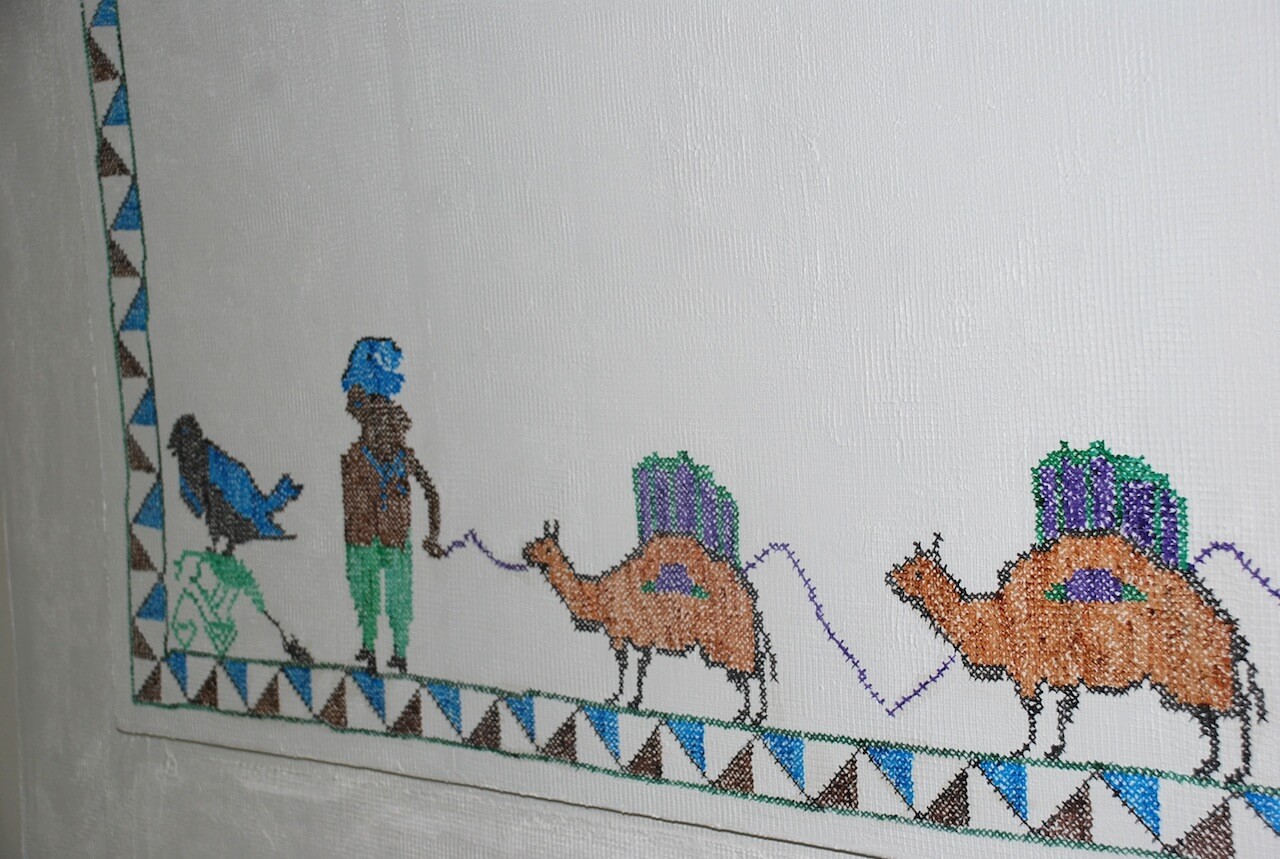 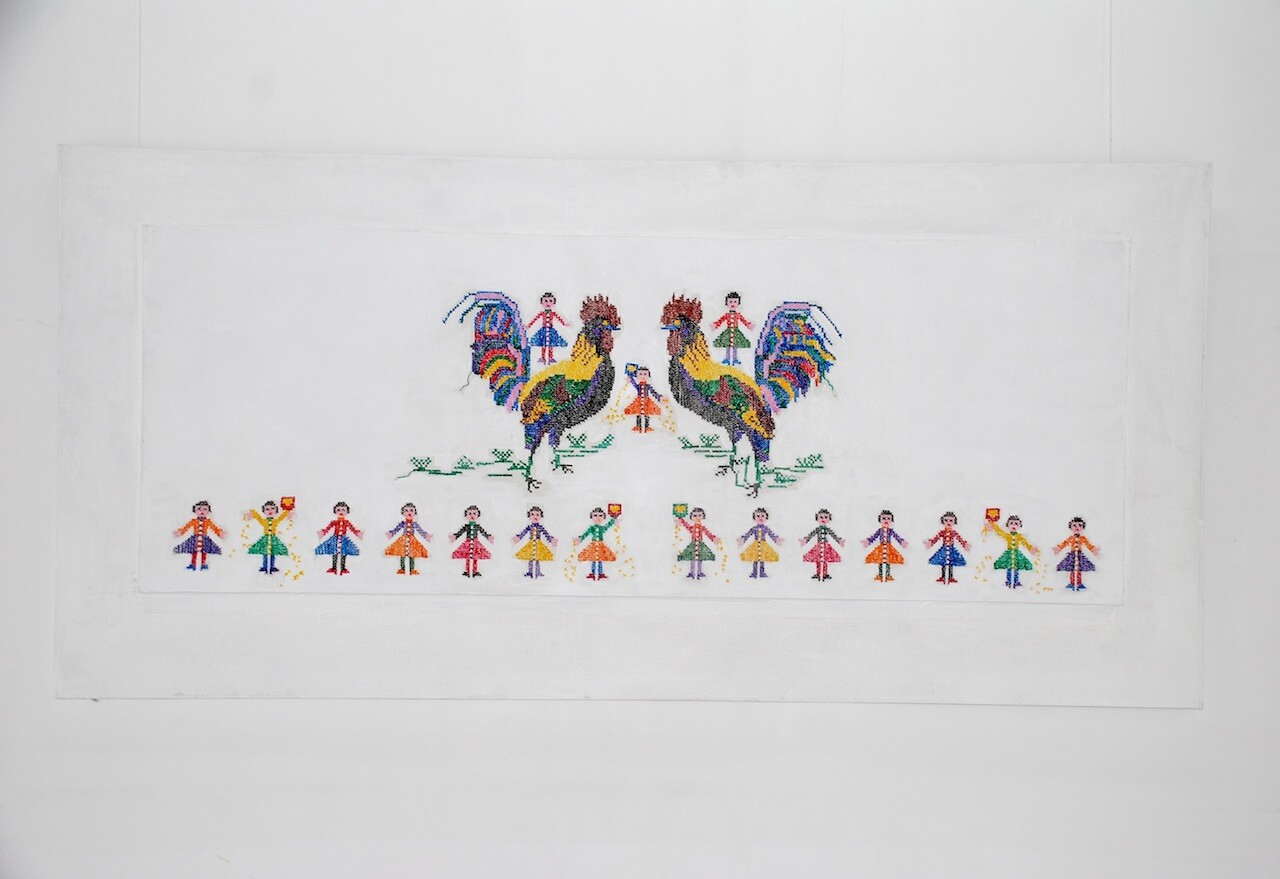 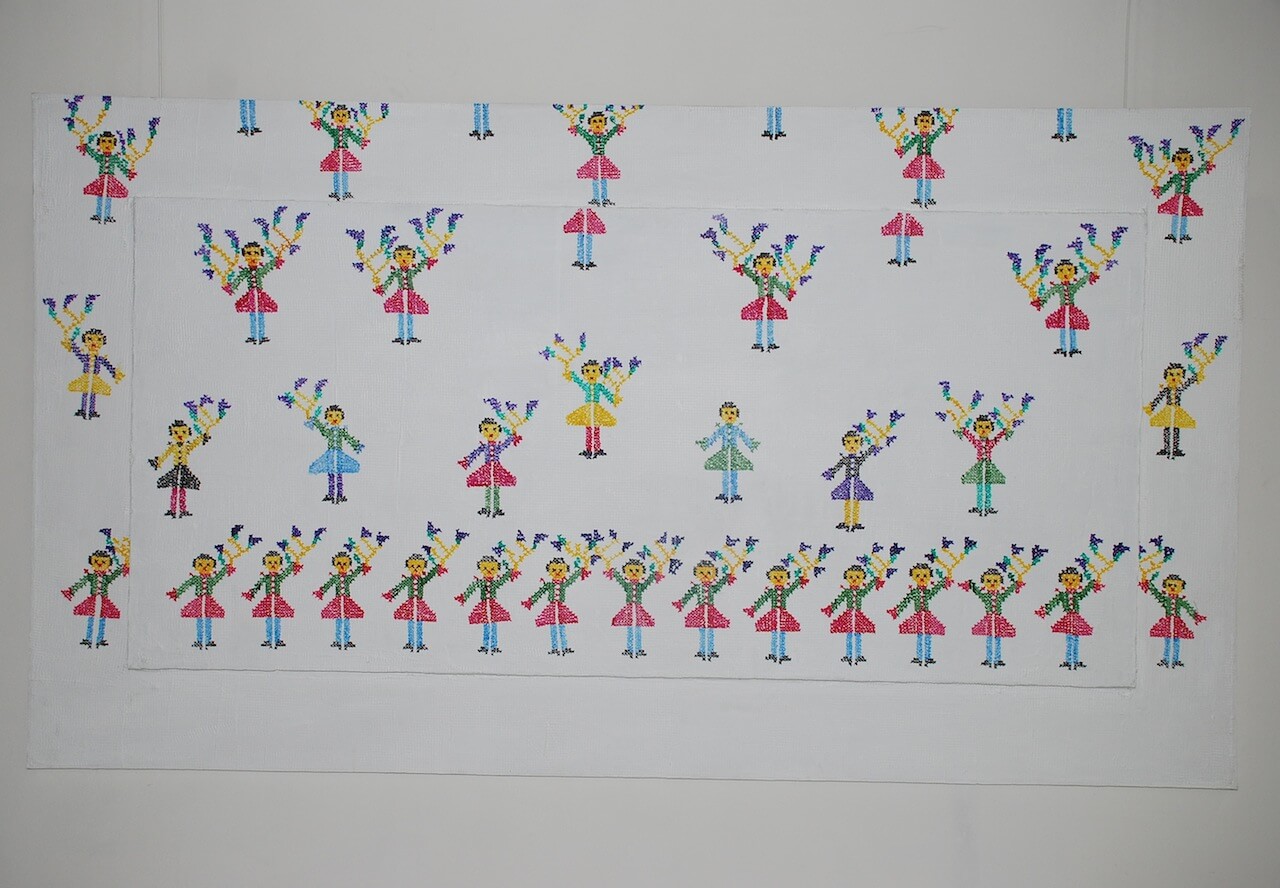 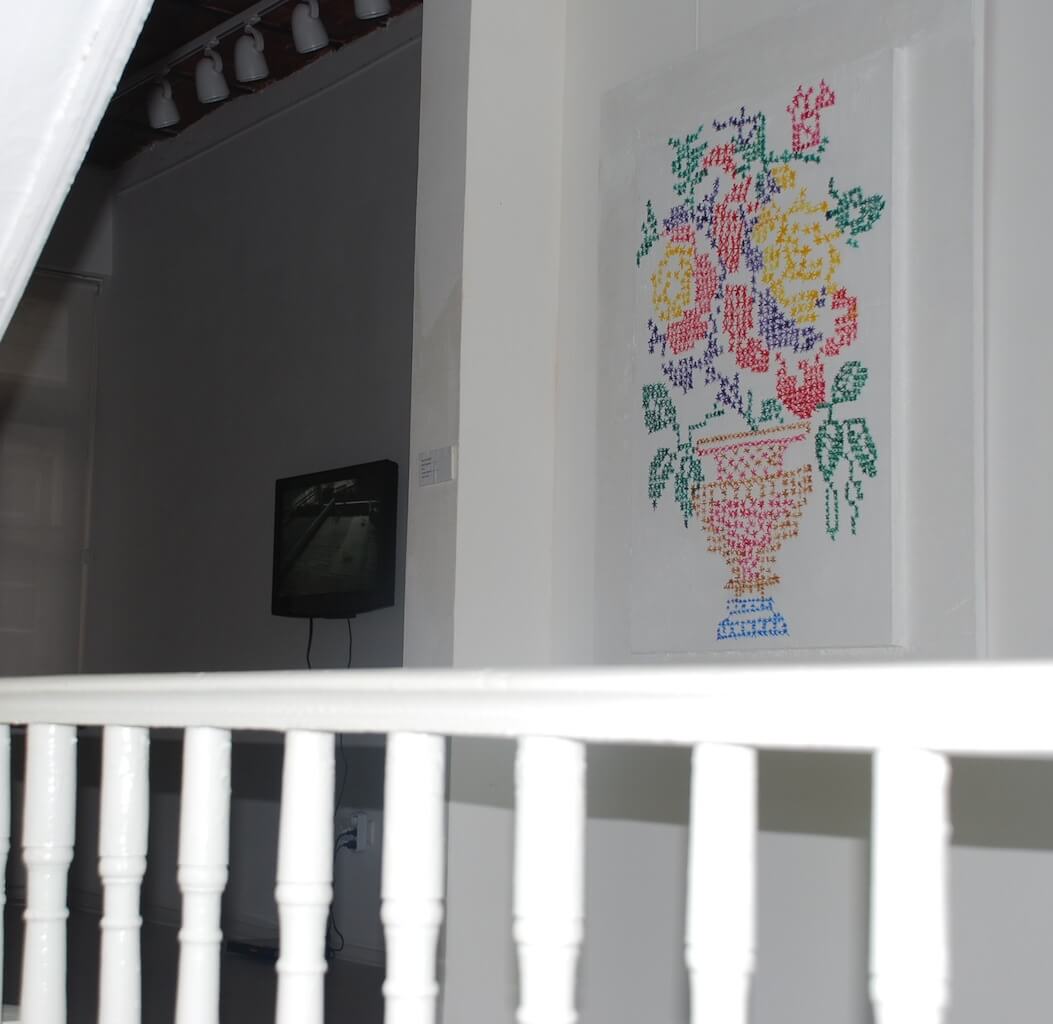 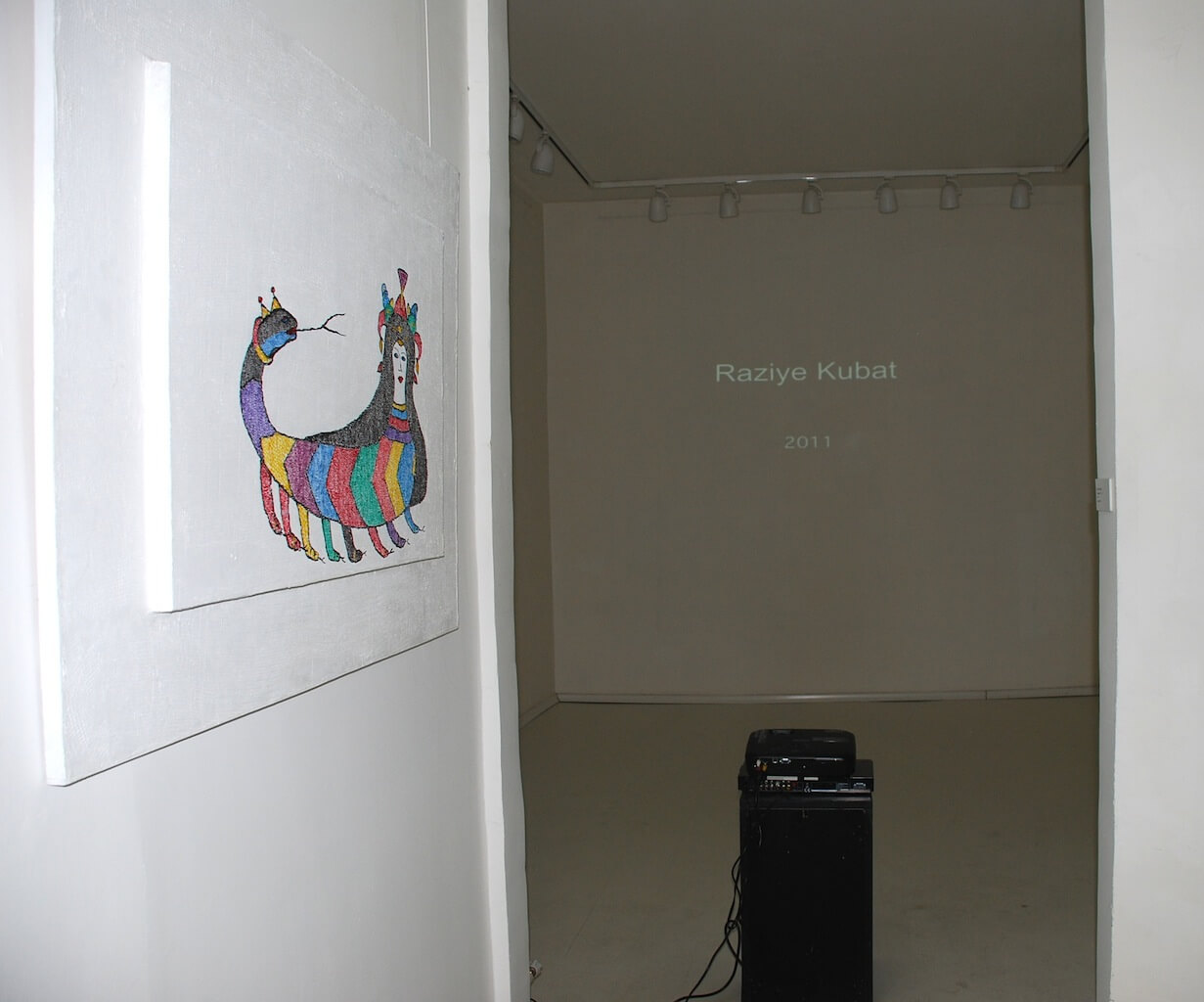 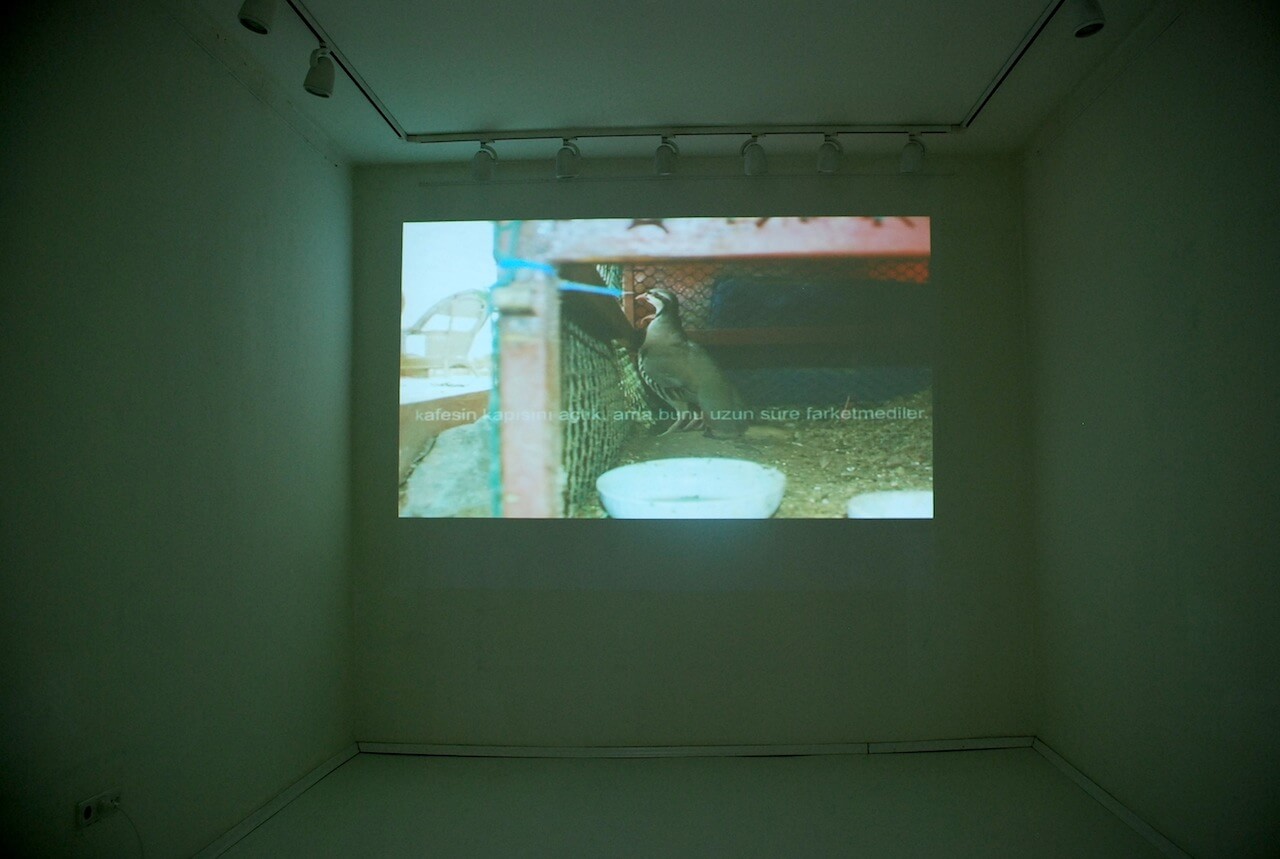 My mother, for 40 odd years, opens the hope box, made of walnut, carved, with its key (which is already lost) hole that is eaten away by years of switching on and off. She airs out her embroidery canvases, coarse muslins, her laces and colorful fabrics.

Then she overhauls them one by one, she starches her laces again and again, she repairs them and she closes the box as if promising to reopen it next spring…While I am watching her ceremonies over the box I do not know why but I tend to feel myself closer to her universe. Anyhow, I got the idea to make it into an artwork while I was observing her.

Later, she airs the carpet, her cushion, looming curtain, all left to her from her paternal grand mother “Kurdish Fatey”. She used to tell couple of stories from those times but the stories differentiate every year. My mother is reconstructed in those repeated actions but never in words.

Kurdish Fatey has been one of the main figures of my childhood. The big grandfather had been heard saying regarding Kurdish Fatey who had been forbidden to speak in Kurdish at home: “Let’s only keep in her name Kurdish”.

My world, which was about to go around holding and carried by her skirt, was our, her and mine, world. I used to stick on her shoulders as if I was a cat and watch her weaving a tapestry. This has been one blur image in my memories.

She had been weaving without having any sample by her own imagination with her personally hand colored threads with colorsfound from nature itself. She used to force others to weave their names including her name on the carpet. One od d artist was Kurdish Fatey!

I was more and more satisfied when my drawings with my brush repeating of x’s, because they were closer to the texture of embroi- dery canvases. After a while with my works proceeding I realized I was remaking the illusion of “pixel resolution wit” in different aspects.

To realize this and to see how the items of dowry about from 50 and 100 years ago reshaped and changed in my hands were mesmerizing. To attest to the reflections of one young republic and its generations was also remarkable. To realize the embroidery of prototype girl figures feeding rooster and holding flowers in a womanly way had been another important aspect.

I redid and reproduced art pieces of X generation with my tools and on my ground… In a suitable term according to our times: ‘as if’ I passed on countless “X”s with the sign x. I wished to listen “the pure thing” faithfully without making myself involved in, but it was just a wish!

After I started the project the questions raised their voices con- stantly asking: “Why am I doing this?” Does this have anything to do with breaking the innocence? While I was collecting the records of the city for a video work, the day I heard two partridges singing under the tent of a seaside café, I found why I was working with this project for over two years.

Raziye’s childhood is holding on to Fatey the Kurd’s back as she’s weaving a carpet. I recognize Razi from her hair.

Fatey the Kurd or some women have sat down and made these works. Time  passed. We happen to be sort of a continuation of those women- they are our grandmothers and ancestors.

Naga Queen has a meaning for everyone.

Those works that contain time and  life’s passing don’t die. Life is not like that- hands and eyes vanish, but what they create stays behind, though it forgets about us. Fatey the Kurd has died. My grandmother’s youth died long before she died herself. The embroidery with umbrellas that she left half done is still around.

Maybe everything I have left half done started just there.

The name of my grandmother’s grandmother, I don’t know. When I look now from here, did the ones before her exist actually. Even their names haven’t survived the cruel time.

First time my grandmother saw her husband was through a keyhole. How come you forgot to finish your embroidery with the umbrellas, grandmother.

We have become miserable taking everything seriously, said Raziye to me once. We went to the Zeki Müren Museum with her.

Naga Queen, I would like to wish for my grandmother.

Raziye’s Naga Queen is pleased with her canvas.

In the penultimate scene of Decameron by Pasolini the artist  character (“a student of Giotto”) played by Pasolini himself  is sleeping; suddenly he wakes up (or his eyes open up to let us understand that he has started dreaming. In his dream he sees, hears the scene that underlies the frescoe he is painting  as a tableau vivant. The sculpturesque face of Silvano Mangano surrounded by singing childish angels, sinners being thrown into hell and the moving harmony that all this makes up, resembling a dance, maybe a ballet.

The next day he finishes the fresco that he had been unable to finish for some time; bells toll, we watch the celebrations through a worldless scene. Then the artist (Pasolini) utters the last sentence of the movie: “When it is so nice to dream about it, why create a work of art at all?” Fine  (the end).

To start an essay on the work of Raziye Kubat, and especially  the interior front Deep Inside, may look strage at first, even perverse. On the one hand an appetite that is going to get ever more ecstatic, extreme and lets not mince words, gluttonous, which will löse all sense of proportion, and a minimalism bordering on nihilism on the other.

The common point between the two would seem to be their project of questioning art on the basis of that which art aims at,  to describe; questioning it and finding it inadequate. Despite his pugnacious persona, Pasolini preseverd a romantic opitimism from his first movies onwards (with the possible excepiton of his last movie Salo); trying to discover within frozen forms an ideal that still preserves its vitality; witness his using the very romantic term “dream” to name that ideal.

And Raziye Kubat…? She seems to be sustaing a debate with a (romantic and modernist) critique of modernity (with which Pasolini too can be associated). In her universe the tradition does not encompass the forms  it produces with a protective halo or aura;  there is no vital energy or kerygma at the origin that transcends the frozen forms; the birds of prey of the folk tales are still the same birds that chirp in a makeshif urban cafe, where they are kept under a canvas cloth;  the carpet lady’s movements are as much enslaved by  her loom as Charlie Chaplin’s movements are enslaved by the nuts and bolts of Modern Times.  The caravan is still the same old caravan.

Raziye Kubat does not use the images  to reach not to  a dream that supposedly underlies them, but to reach at the monotonous labour that produces them. The labour, the toil… and the solicitous care (Heidegger may have called it “Sorge”).

In that solicitous care, thorugh that care,  she seems construct or maybe rather to rediscover  a community of destiny and a loving affection between herself and Kurdish Fatey.  It might sound out of place to use such a term about a project that is so distant to monumentality but the whole exhibition can be read as monument erected to this communality of destiny and the loving affection.

Nevertheless, we are still entitled to ask the following question to Raziye Kubat: Is it really impossible to discover a language fort his loving care, this common fate, at the level of individual images that transcends sheer repetition? 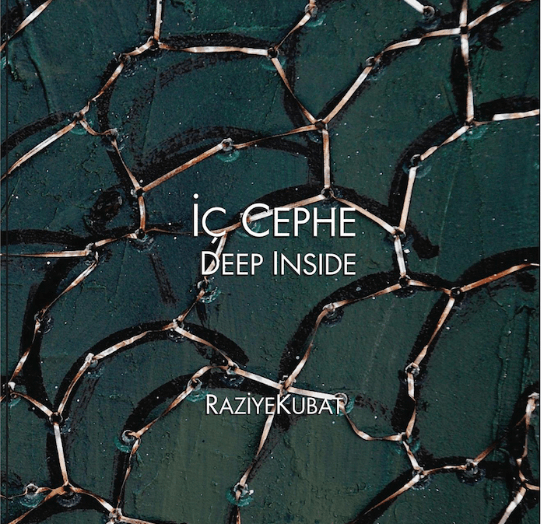